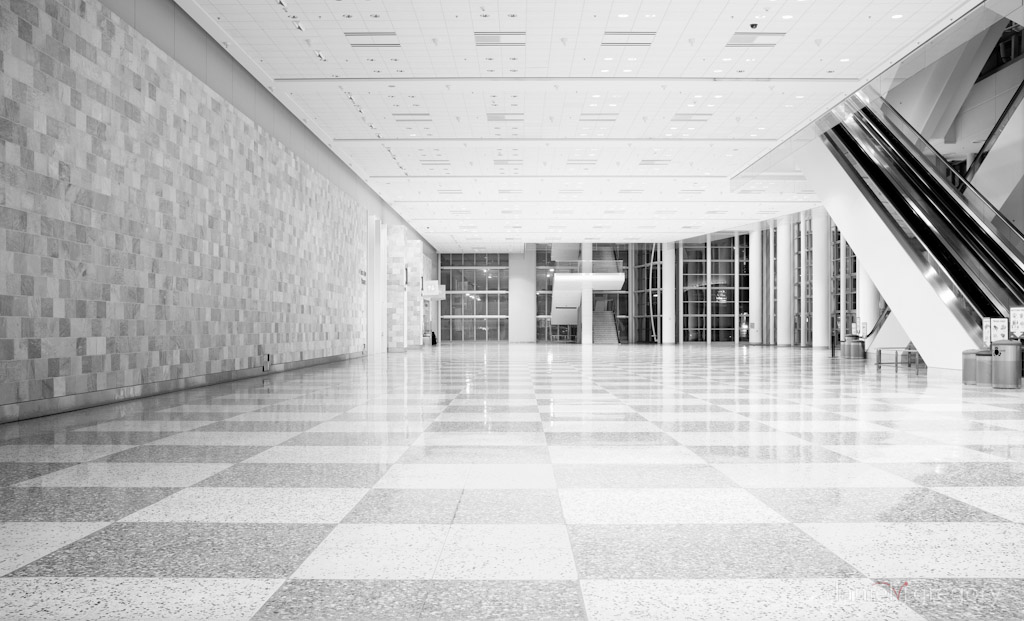 I was on a recent trip to San Francisco and had a few days to wonder the city and spend some time photographing. I was a black and white photographer before I was a color photographer, so often times when I am shooting just for my own interest I tend to see and focus on black and white work. On this trip, I was really looking for two types of black and white images. The first was abstract and graphical images. I think these were mostly inspired because of the time I spent in the San Francisco Musuem of Modern Art early in my visit. The image below is of a park down in the financial district between two building. The second I saw the shadow of this image hitting the ground with the pattern that matched the bench, I knew that I had to create an image. Luckily, I was able to get this image for just a few minutes later the sun had moved behind a building and the shadow was lost for the day. 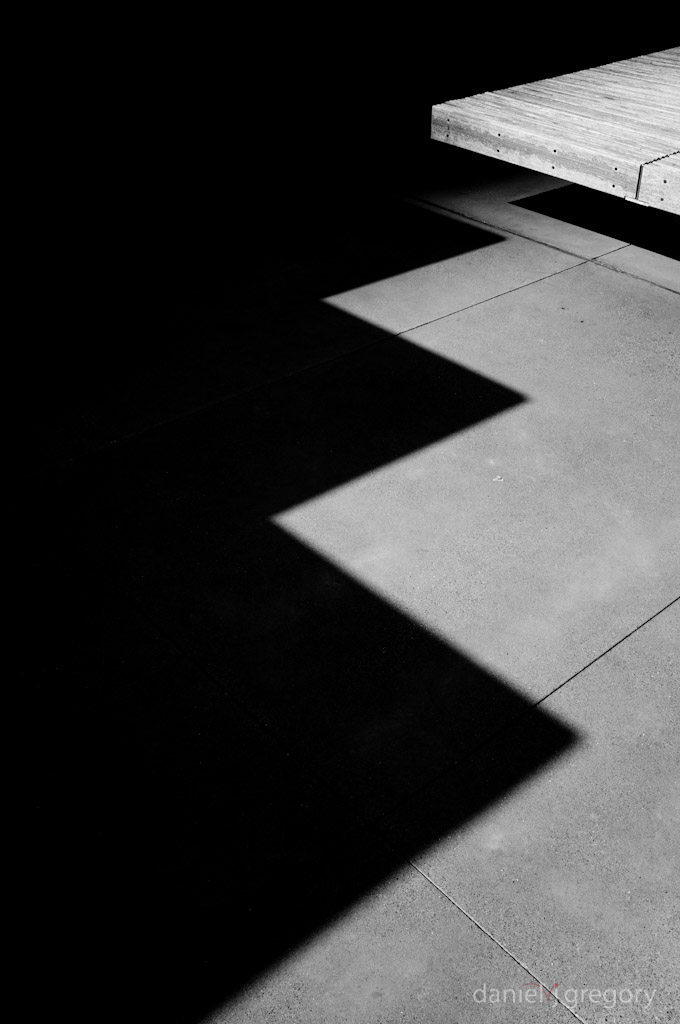 This first image is a high-key image. I have always loved high-key images for their delicacy and lightness. While most of the time the focus of black and white work is the relationship of the blacks and whites, I personally think that there is a magic that happens in the grays of an image that really make them sing. The subtle contrast between those middle zone grays is hard to beat in my opinion. This particular image I considered cropping out the escalators off to the right, but I really liked how they framed up that side of the image. I also made a conscious choice to cut off the bottom of the escalator to balance the fact that I couldn’t get the top include as well.

Both images were processed in Adobe Lightroom 3.0 The first image was taken with a Nikon 700 with a 24-70mm F/2.8 on Lexar media and the second image is from a Fuji X100 on SanDisk media.