More from the Wind Farm 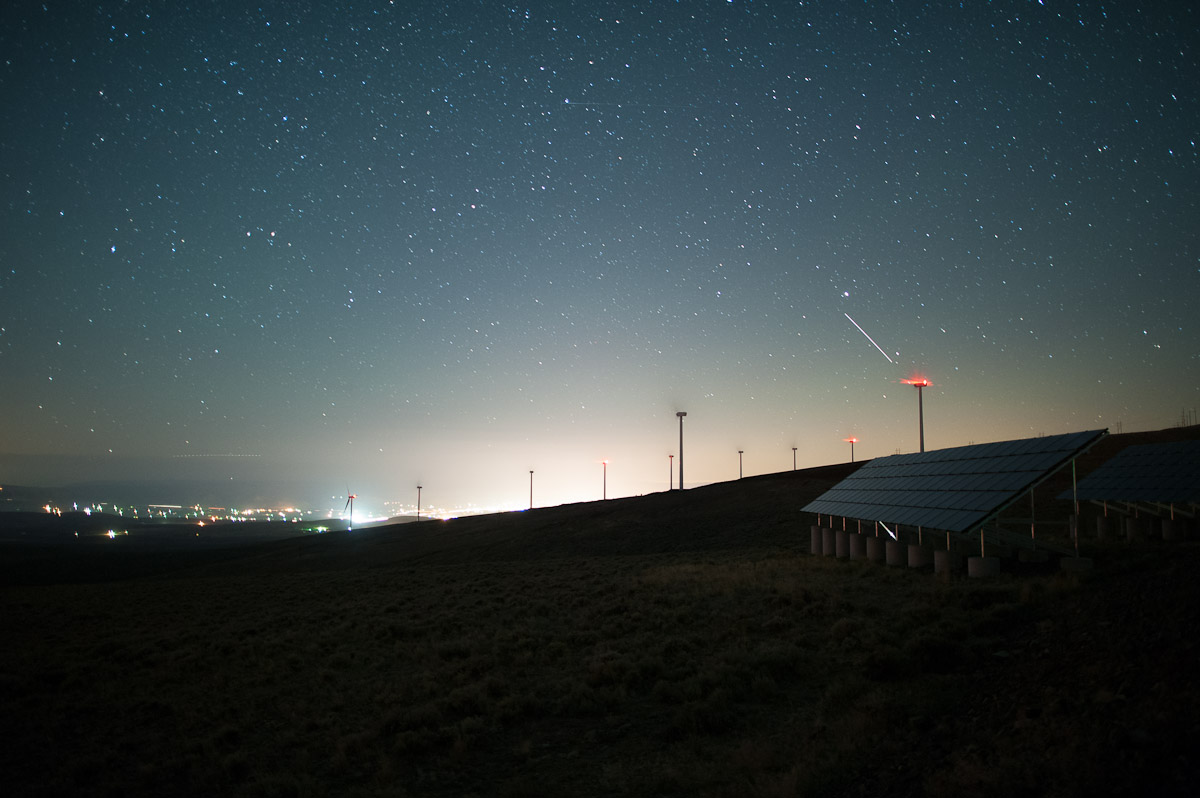 I spent the past weekend out at Puget Sound Energy’s Wild Horse Wind Farm with my good friend Mike. We have been out to the wind farm a few times (here and here) on our way to and from the Palouse but this was the first time that we made a trip specially for photographing the wind farm.

Since we had some extra time with this trip we got to know some of the people who worked at the visitor center and even took a tour of the facility. Along with the tour and information in the visitor center, I learned a lot about the power created at the wind farm.  The farm was expanded in 2009 and now houses 149 turbines and sits on a little over 10,000 acres of property. The facility is also home to the largest solar installation in the Northwest.  Some things that I found interesting about the solar energy system included: 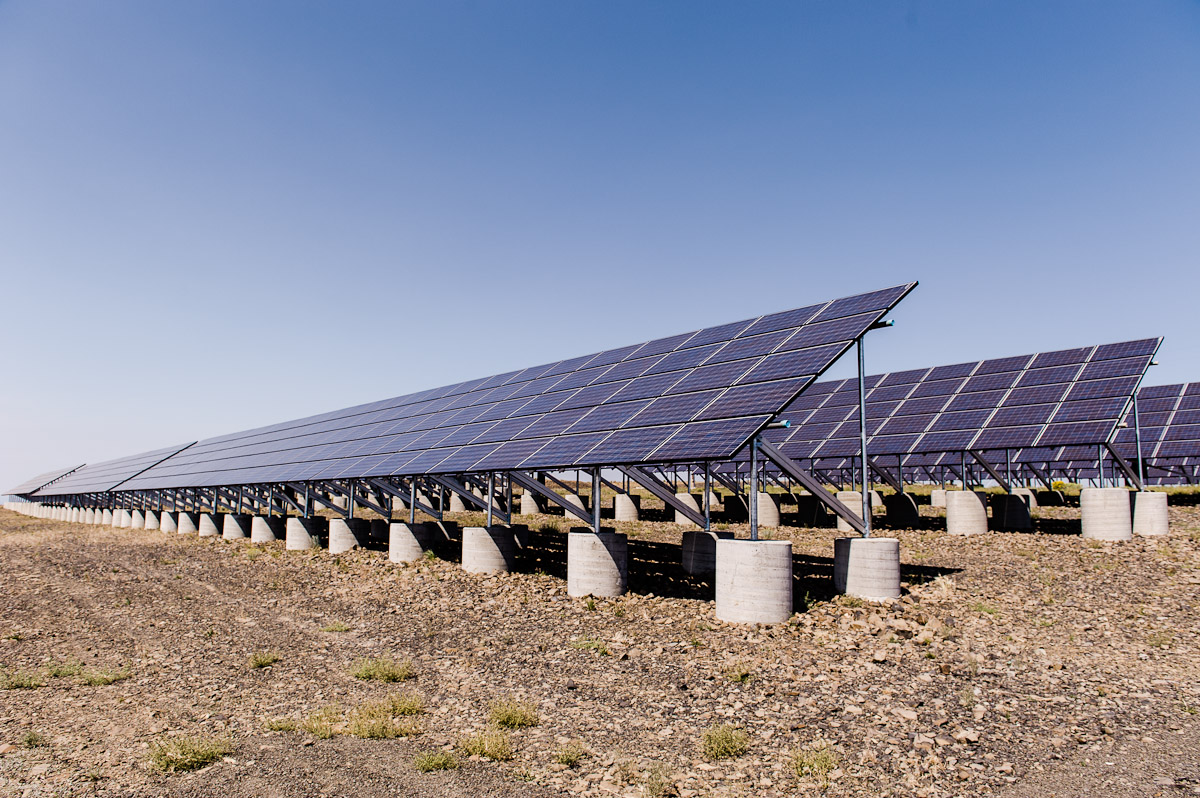 It was also really interesting to learn more about the wind turbines themselves. Each one houses its own weather station that allows them to act independently of each other so that they can maximize the wind as efficiently as possible.  Subtle shifts in the terrain can cause turbines that are side-by-side to have different wind speeds. As the winds shift and change each turbine is able to change the pitch on the blades to try an increase their efficiency in the wind. These small shifts are what allow the turbine to operate and generate power at speeds as low as 9 mph and as fast as 55 mph. Once the wind speed exceeds 55 mph the blades position themselves into the wind so that they no longer rotate to protect the equipment. 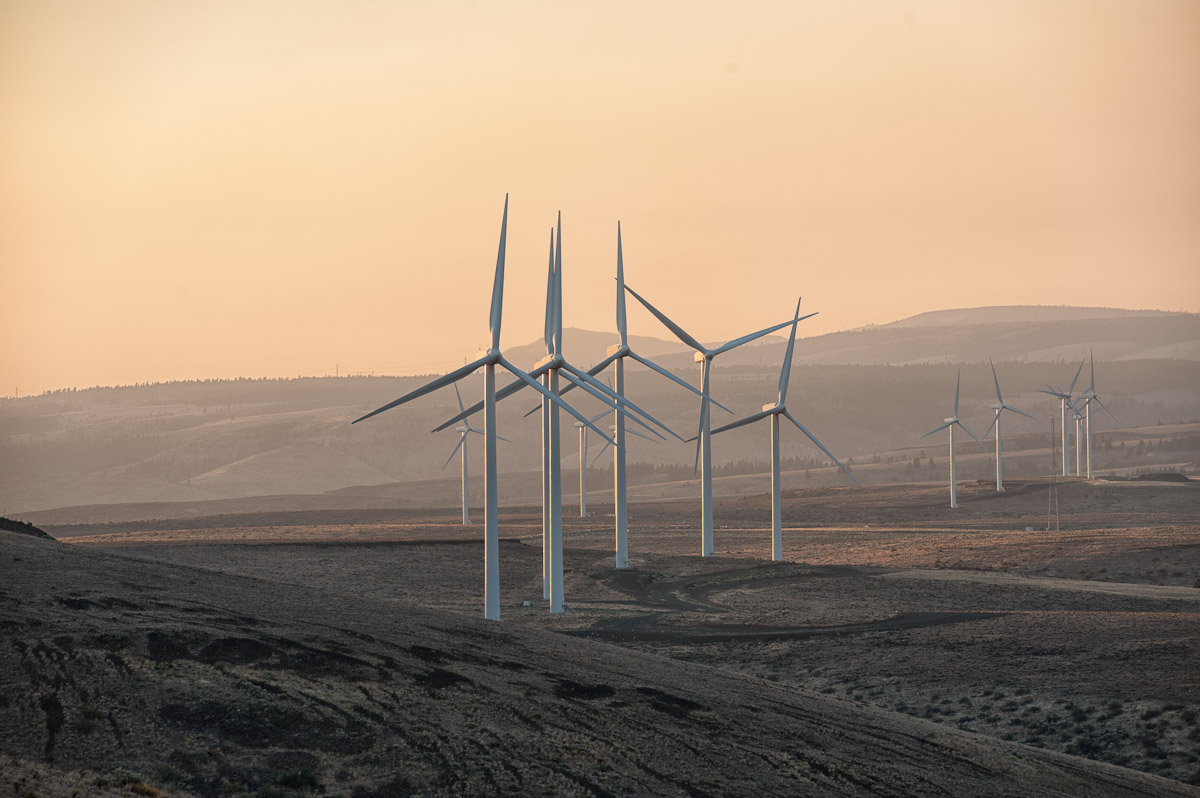 The other amazing fact we learned is that to keep the blades in balance they need to be with in 7-12 lbs of each other. While that might not sound like a lot, each blade weights in at a cool 7 tons or 14,000lbs. So when you have a tolerance of less than .00085 there is not a lot of room for error. These are amazing machines and it is great to be able to spend time learning about how they provide clean energy to the power grid.

Most of these images taken on this trip were after dark, I am working on an ongoing project with the wind farms and have wanted to get out to photograph them with the stars behind them. This trip was my first efforts to get out and photograph them after dark. It was very much a learning experience. This particular weekend was selected because of the new moon, however, in the future a partial moon would be nice to provide some ambient light to the turbines. Secondly, I learned a lot about how to light up the turbines with artificial lights, and I am sure on my next trip I’ll find a way to really get what I am looking for in the images. Even with the learning curve, I am happy with a few of the images from the weekend and I have the suitcase packed for short notice. My next set of images are with thunderstorms in the distance—oh and some more night work. The coyotes and rabbits are pretty good company at night. 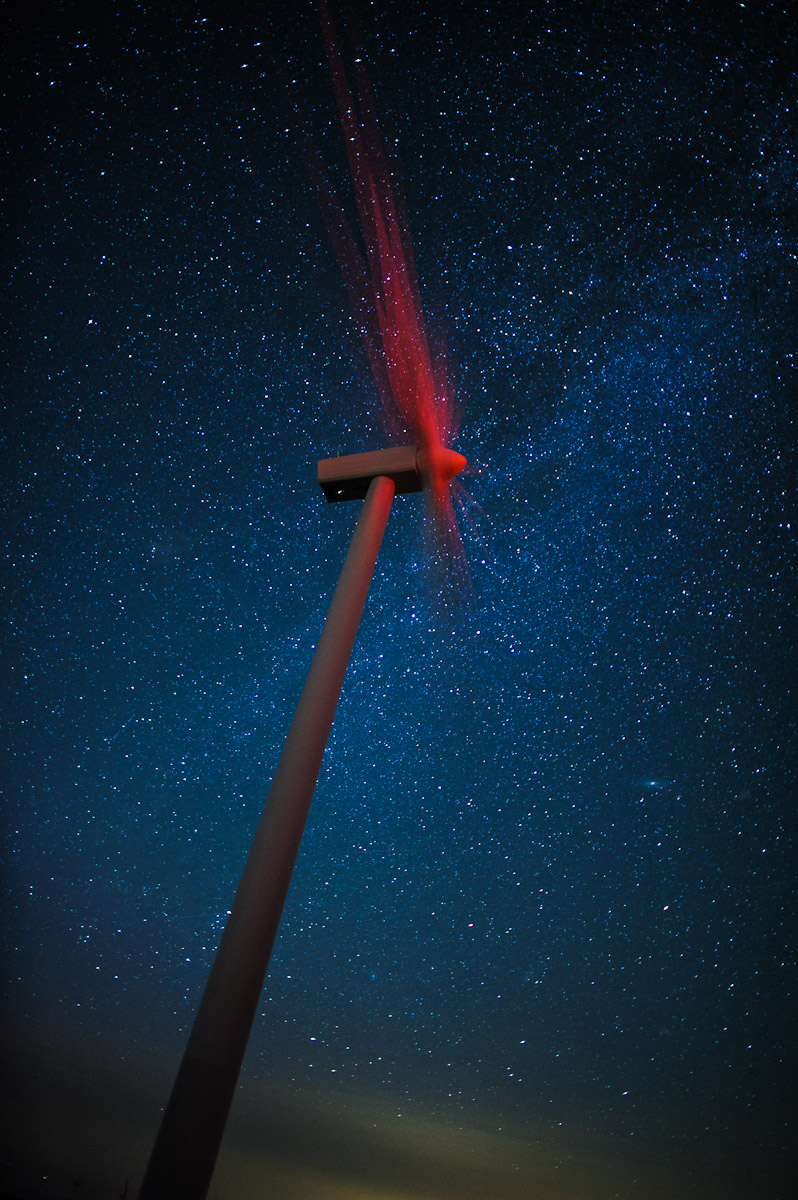 I’ll be posting a few more of the night shots later in the week with some information on how I did the shots and what caused the various things you see in those photos.

All images taken on Nikon D700 with some very fast glass from borrow lenses and my own collection.