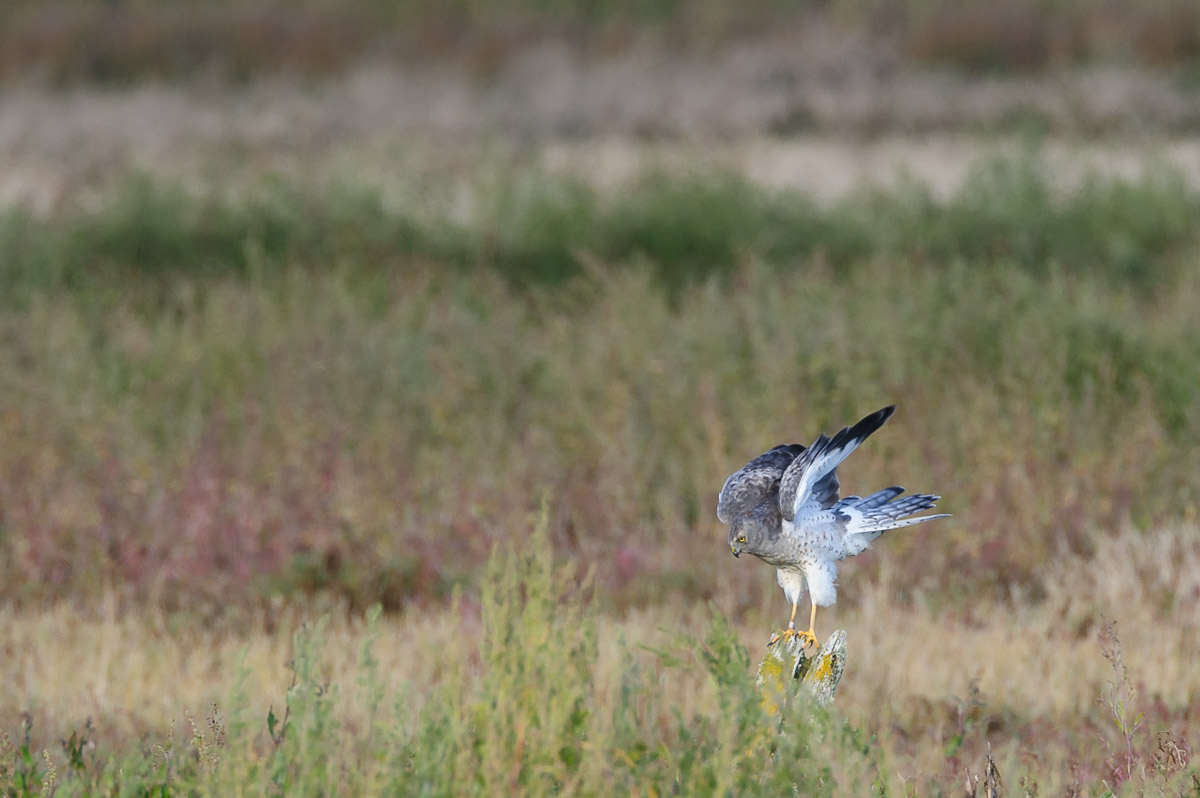 Lori, Eva and I were coming back from a trip up to Edison, Wa, and we drove down the road to Fort Casey State Park on the way home to see what sort of wildlife was out an about at sunset. Normally, you can find a lot of birds in the lakes and ponds, but the warm summer has the lake levels down a bit and the raptors haven’t returned in full force. However, on the south end of the wetlands, there was a male Northern Harrier out for an evening hunting trip. The Northern Harrier is a hawk that has a face that looks a little like an owls when you first see it. It makes you do a double-take as the face and body don’t quite sync up at first. The males are a beautiful white and gray and smaller than the brown females. When we first drove by, he was sitting on the ground in some pretty dense vegetation. As we watched, he eventually took off and landed on one of the many old post that stuck up all over the wetlands looking for some dinner for the night. 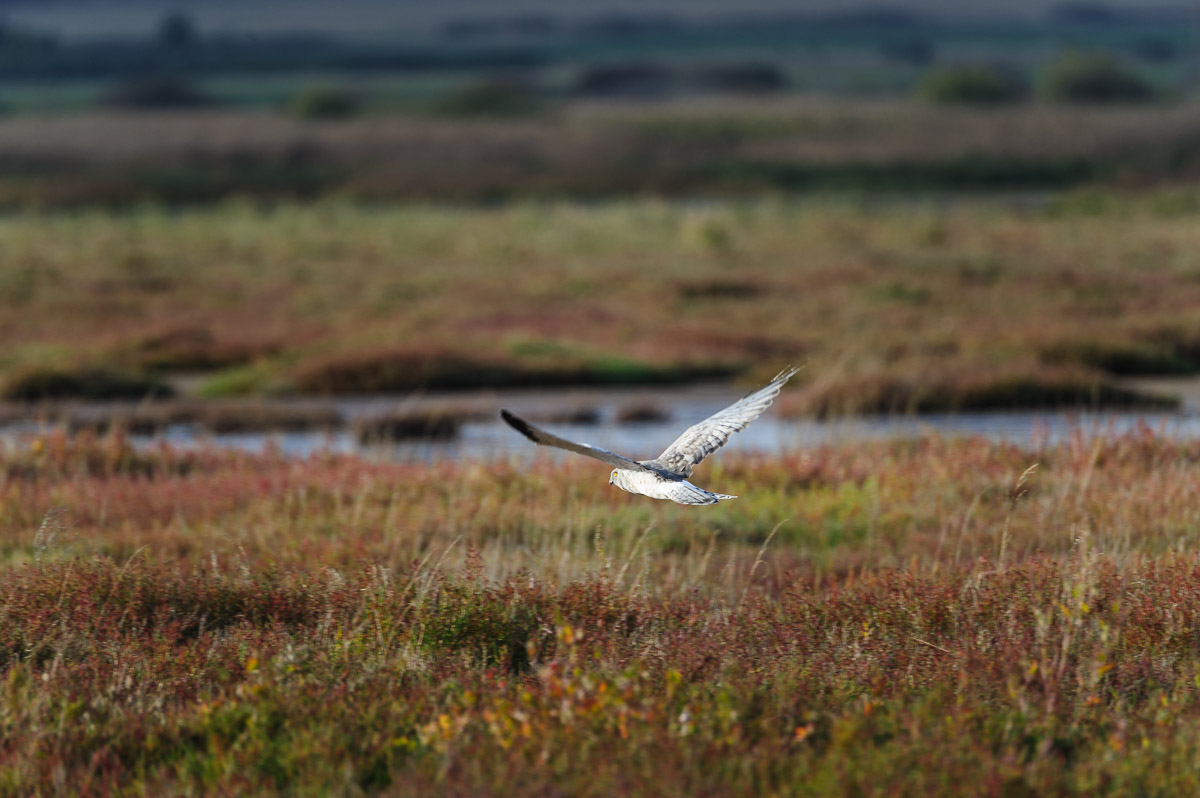 I grabbed the camera and hopped out of the car hoping to catch him on a successful hunting adventure. They are amazing to watch while they hunt. So little movement and silent as they glide effortlessly from spot to spot. As I looked through lens, I saw him lift his wings and with a small push he was off gliding a few feet above the brush below. I followed him in the lens as he flew a few hundred yards and landed. Whatever mice or vole he saw must have scurried away in a hurry. I crept down the field a little ways and was able to find him again in the brush. After a couple more clicks and I headed back to the car. Northern Harriers rely on hearing to do much of there hunting and I am sure the click click of a camera doesn’t help when you are looking for dinner. 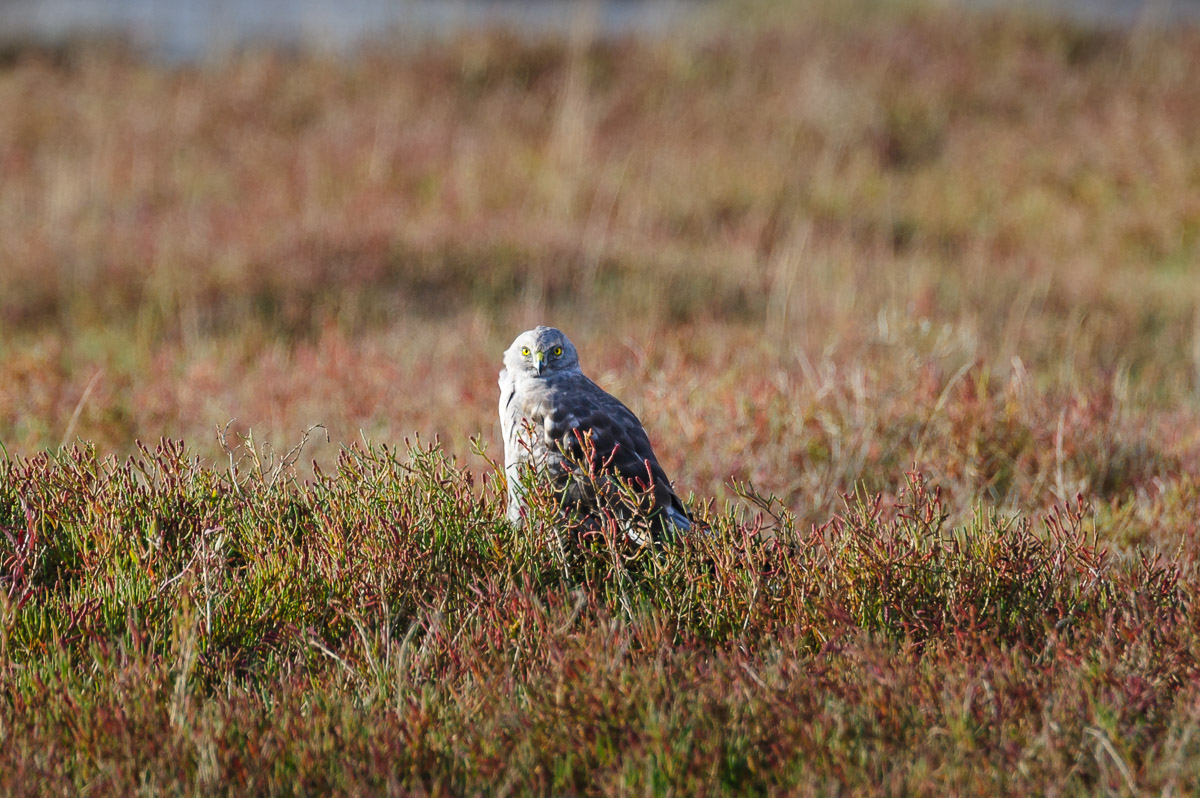 ← Prev: Importance of Gesture in Stories Next: Fall is coming →