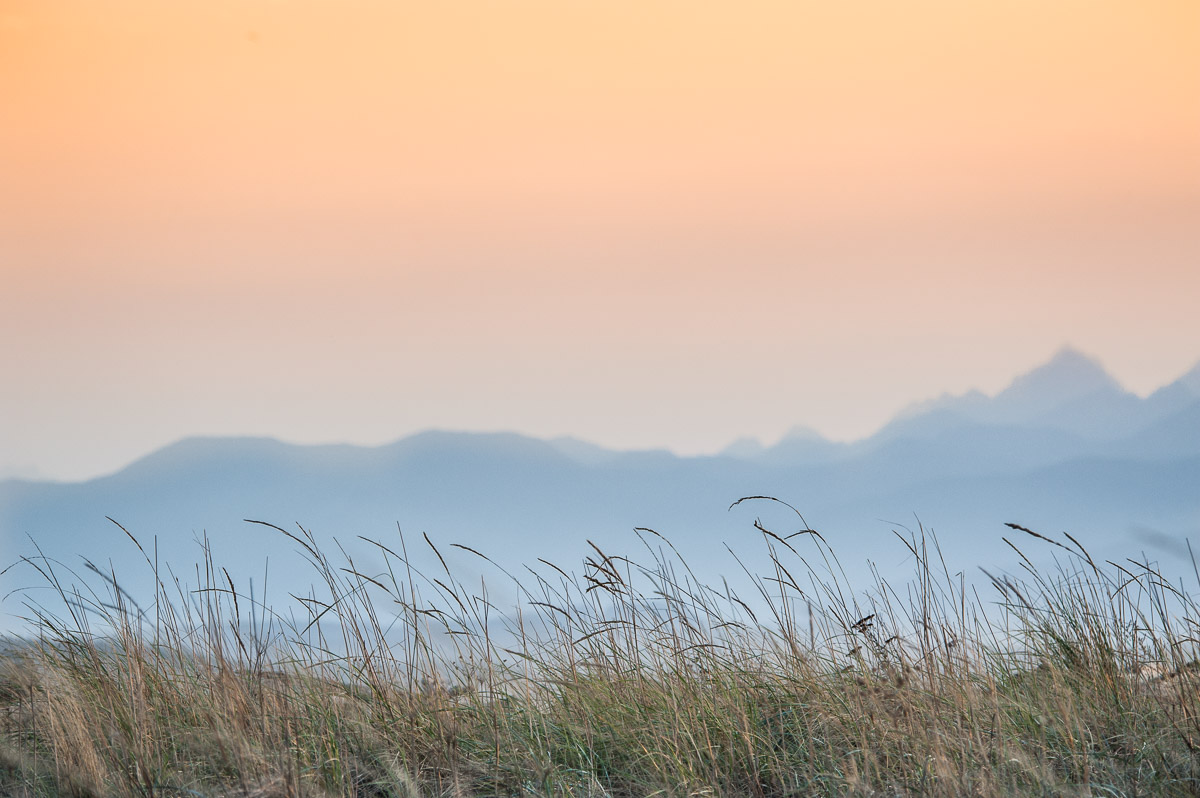 Last weekend, I hosted a workshop out on Whidbey Island. After the workshop was over, everyone stuck around for one more sunset shoot. We headed down for a quick stop at Ebey’s National Reserve and then headed over to sunset at Ebey’s Landing. It was a very windy afternoon, and we didn’t have much in the way of clouds. The Fall storms we are getting this weekend hadn’t moved in yet, so the sky still had a bunch of pollution, dust and junk floating around. All that stuff made for some nice evening light.

The first photograph was taken when I was thinking about the relationship of both the subjects and color influences on the composition. I was shooting with an 80-400mm lens and was able to get some nice compression of the grass and the mountains off in the distance. In addition to establishing a relationship between the distances between the grass and mountains, I wanted to try to have them relate to each other in both space and size. With that in mind, I attempted to compose the image such that each subject got a similar amount of volume in the space. I was also interested in the balance of the yellow/orange of the sky, blue of the mountains, and green in the grass. One of the reasons this photograph was able to work for me was that not only did the space relationships work but so did the color tones. If the green, blue or orange been more saturated that color would have visually taken up more space in the image because of the saturation alone. By keeping all the colors muted and giving some extra space in the frame to the orange, I was able to preserve all of the relationships I wanted and got the photograph I had in mind. 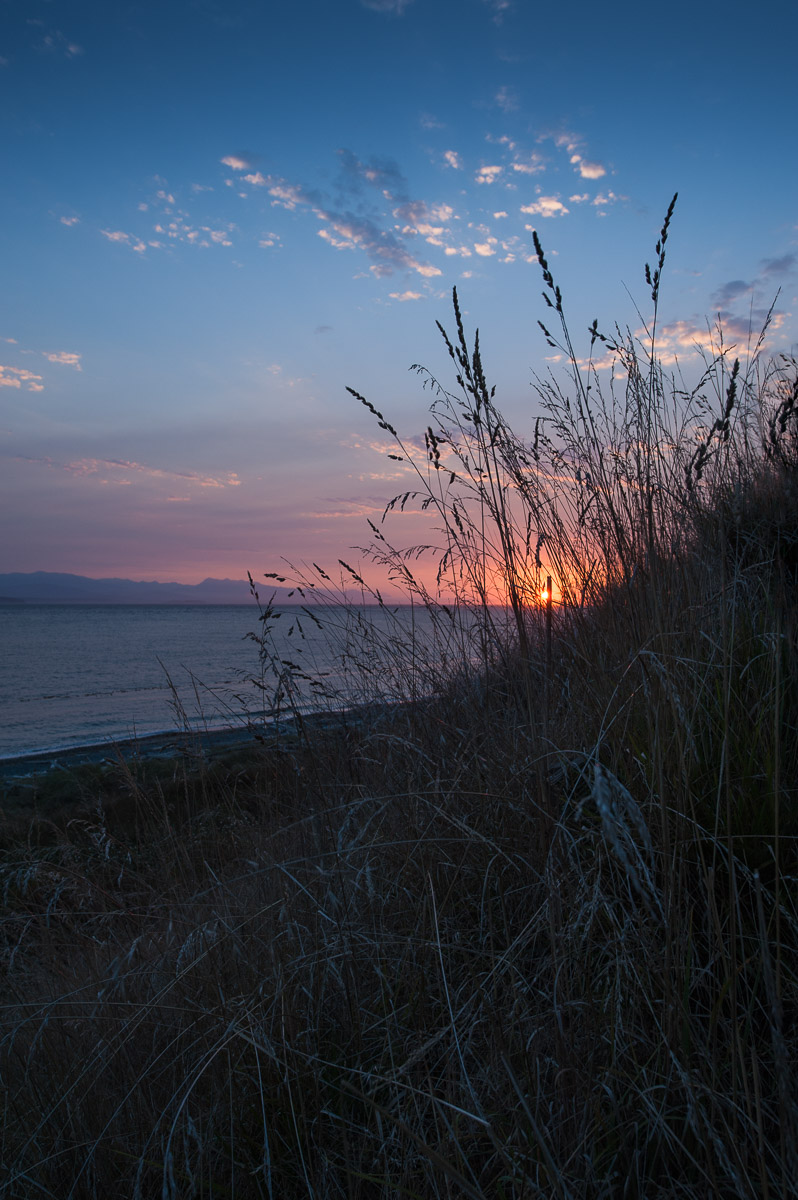 For the second photograph, the sun was positioned just off the horizon, and I was able to find a location that allowed me to showcase both the grassy slope and the ocean below. As with the prior photograph, I was concerned about not just the composition, but he color relationships as well. In this case, it was the color cast in the grass that I was most concerned with when I took the image. When you are dealing with shadows, the color of the shadow is the opposite color of the light source. In most cases, this is why we have blue shadows because the light source is the sun or a warm lightbulb. In this case, I had that nice cool shadow but I adjusted the color temperature not to naturalize the coolness of the shadow, but to add in some magenta. I wanted to use the color of the shadow to build a subtle relationship the sunset in the distance. The goal was to have a very subtle association of the shadow and the sky. That would allow your eye to look not just at the bright and high-contrast areas of the image, but also to work the front to the back of the image based on color tones and values. Had I neutralized the color in the image, your eye would have quickly detected a breakdown in what we normally see between backlighting, low light and shadow.

Both of these images are about color relationships in addition to the subject relationships. The next time you are out shooting, try to remember that we judge images not just on the physical contents of the image, but their relationships to each other which can be influenced by those subtle uses of color volume, saturation, and relationship.