Hoover Dam on a Curve 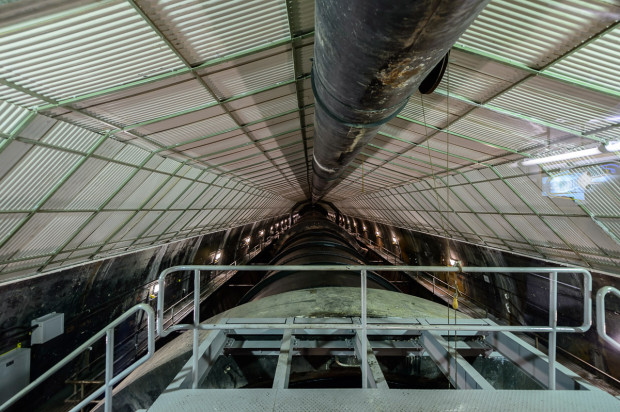 I attended the Moose Peterson Photo Safari trip to Hoover Dam today as part of the Photoshop World conference in Las Vegas. It was a pretty hot day with the temperatures around 110 degrees, which seemed cool to the tour guides who said temperatures often get into the 120s. I was pretty happy to find some relief in the 105-degree shade.

Hoover Dam was built in the Black Canyon between 1931-1936. The dam forever changed the landscape of the southwest. The dam, originally called the Boulder Dam, was renamed to the Hoover Dam in 1947 in honor of Herbert Hoover who was responsible for the initial agreements between the seven states who are part of the Colorado river watershed. 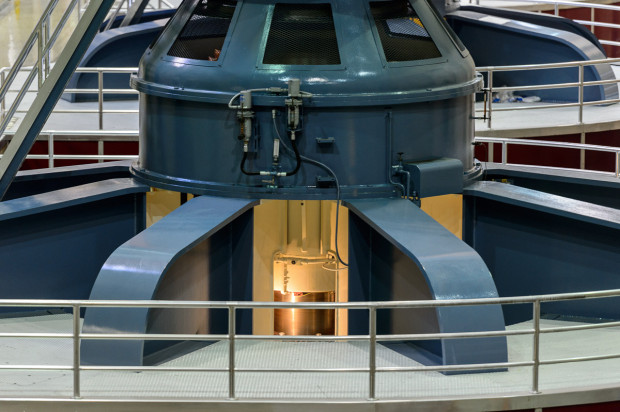 The dam holds back the largest man-made lake in the United States. Lake Mead is over 28 million acre feet and holds enough water to cover the state of Pennsylvania under 1 foot of water. Although the lake is lower than it has been in years due to the severe drought that continues to impact the Southwest part of the US, the lake and dam are still amazing sites to see.

On the tour we visited several parts of the dam and learned a great deal about the history and construction of the dam. We also learned about the dams power generation capabilities which are currently about 4.2 billion kWh a year or enough energy for about a million people. I also learned about the process the used to pour the concrete and how hard everyone who worked on the dam in the Great Depression had it. I can only imagine working in 120 degree temperatures day after day for four dollars a day with only Christmas and July 4th off for holiday. It really is amazing at how much work was done in those five years of construction. 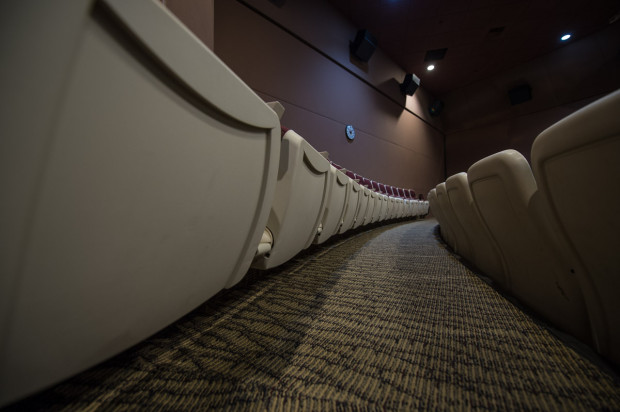 As we taking our tour, I was looking for something about the dam that I could focus in on telling my story of the day. It is such a huge place that it is easy to get caught up in the massive size of the dam. The elevator ride down to the power and generator rooms was about the same as a 54 story building. The turbines are huge. The dam spillways are huge. Everything is just huge.As we were walking around on the tour, I was clicking photos of all sorts of things, but one of the first things that caught my eye was how the chairs in the theater had a similar curve to the dam. With that little observation in mind, I spent my day finding images where there was a curve that reminded me of the curve in the dam.

Although, I would have loved to have spent days down in the power generation rooms with the camera, I was pretty happy with some of the areas and things in the dam that seemed to live on the curve I found.All in all it was a great day behind the camera getting to play with a fun idea, spend time with friends and be reminded that it is a fun behind the camera that is as important as any part of photography. 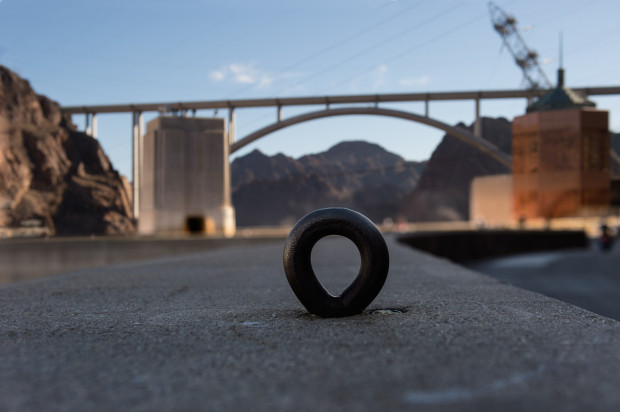