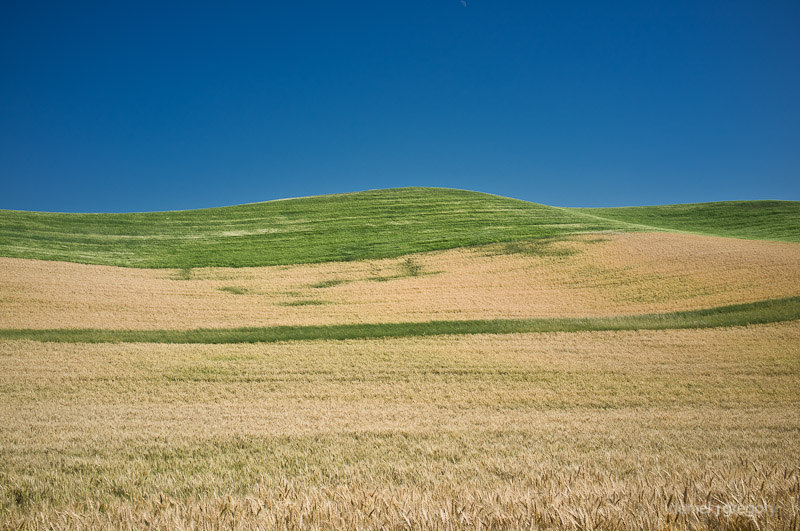 After a few hours in the car, my friend Mike and I arrived in the town of Colfax, Wa in the heart of the Palouse. The drive in was amazing. The sun was out with just some big cumulous clouds off in the distance. As we cut down off of Interstate 90,  I was reminded of just how amazed I am by this part of the country. The entire region is just a unique and  amazing location with each dusty backroads offering a different and yet familiar look at the environment. Different types of wheat and beans growing the the fields and the subtle shift in the land make it a little like Christmas as you anticipate what the view is around the next corner.

Since we arrived into town around lunch time, we took the opportunity to drive around and re-scout out some locations for our shooting tonight and tomorrow am. I say re-scout because I found the map that Mike and I used on our last trip to the region several years ago. Marked on the map were several locations that we found interesting on the last trip and so we decided to check them out again. Some of those locations were still pretty amazing and some we had no idea why it was marked on the map. As we explored the area around town, there where some shots that just wouldn’t wait for the late day “golden light.” Although this were taken in the middle of the day, they really provided me with some inspiration for the rest of the trip. 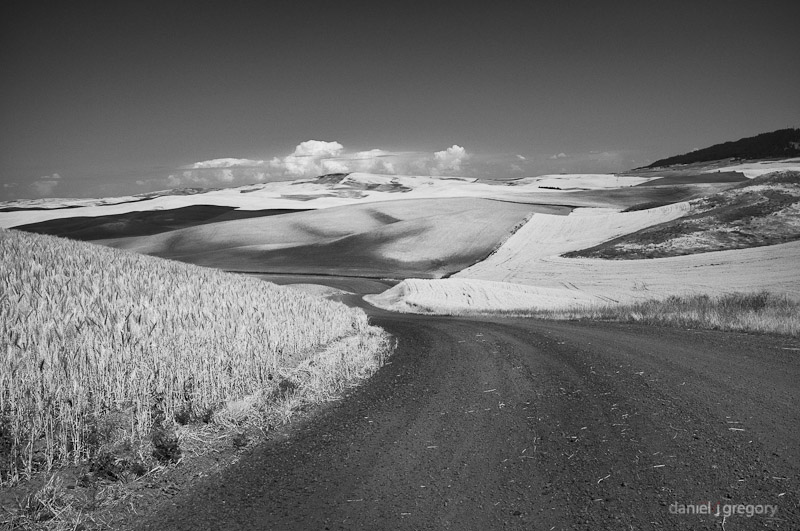 This is also the first time that I have done any landscape work with my new Fuji X100 camera. Over the past few weeks,  I have really gone to like this camera, and while I know that there are a lot of pros and cons that people are articulating about this camera, I personally have found it a great tool for me. Today it was the only camera that I took out of the bag. Tonight I’ll be switching back to the D700, but I was pretty impressed with the little guy. One of the features I tried out that worked better than I expected was the panorama feature.  The image below is handheld using the built-in panorama features of the X100. Pretty cool for a just standing there with the shutter pressed and rotating 120 degrees.

Tomorrow, I post up more images from the trip as well as some additional information about the Palouse and the town of Colfax.

All images created on an Fuji X100 on SanDisk Extreme III media.

← Prev: Heading back to the Palouse Next: Starry Nights Experiment Part 1 →