Thinking about black and white images 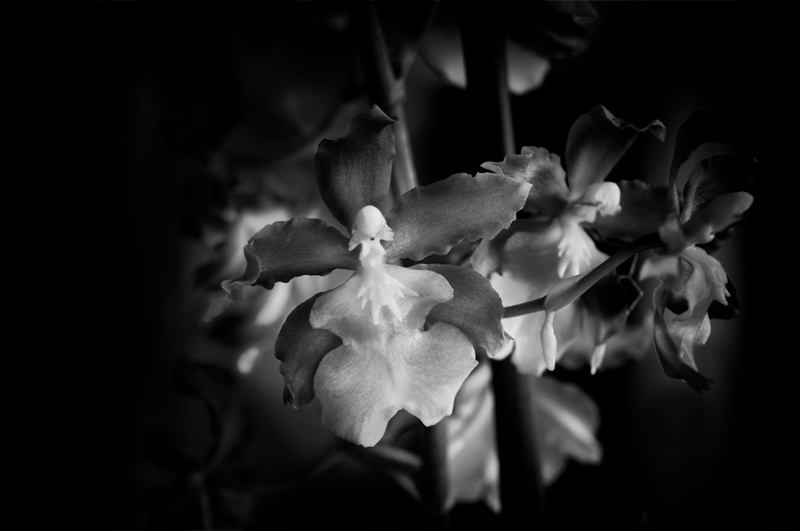 I was looking back at some old images and came across this image of a orchid. I was just messing around with an orchid that was in the house, but as I got more and more into it. I started to think about how this image needed to be photographed in black and white. There is something cool about how Mother Nature works her magic on these amazing flowers that makes them fun to photograph. As I spent more time photographing, I just new that the final print of this image would be black and white image with lots of negative space that showed off the great textures of the flower.

That got me thinking about a question that I get asked a lot. What do I think about when I know that I am going to create a black and white image? While it isn’t always clear that an image is going to be black and white, there are few things that I do tend to look at when thinking in black and white. Rather than focus on specific subjects (like awesome clouds),  I thought I might talk more about the more general things I consider rather than the specific content.

When I look at black and white image visualization I try to pay close attention to the following:

The biggest thing in the end is that I have a love of black and white images. They have a sense of romance that is different from working in color. Who doesn’t love a little romance.


← Prev: Crowd Sourced Art Next: Election Day get out and vote →